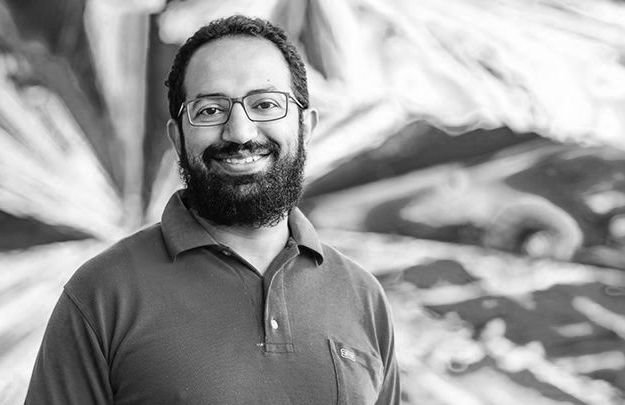 The issue of controlling missiles that ascend to space is in itself a complicated issue due to the vast distance between the missile and the control or observation station. We cannot, until this moment, control the missile directly from the ground, even the speed of light is not sufficient for this process, and because of the impossibility of controlling the missiles From the ground, its control systems are fully automated and therefore every missile on board carries microcontrollers known as Microcontrollers, which is a miniature computer that contains a processor, memory, ports, and exits .. It helps in its programming, and its function is to control, an example of Such controls: Control the Effective or lower the volume or remote operation and close the light, and there are examples of many applications for such controllers. To enter the topic after this simple introduction, we all know that the sun transmits ionizing radiation like gamma rays, and such rays are harmful to living things and electronics, so the atmosphere and the magnetic field of the earth protect life on Earth from meteor showers and meteorites from these rays, and But when reaching outside the atmosphere, the effect of these rays begins to appear! One of the most powerful radiation affecting microcontrollers is the ionizing radiation - as it is understood by humans, that living outside the atmosphere in space means that we need oxygen and a special uniform that protects us from cosmic radiation, an example of that radiation Known as ultraviolet rays and others ... Just as humans can only interact with the space environment with the presence of their own equipment or incubators, the same principle is based on electrical and electronic circuits, they need special standards that enable them to interact and work in the space environment.

To control space rockets, the international space agencies have built ground control stations that are responsible for operating and directing missiles remotely to a certain extent. These stations have devices that were designed with high efficiency by a skilled work team in several areas, but the space agencies face the problem of an error in the unit value shift. The basic storage bit is a number from zero to one and vice versa, this error may occur in the region responsible for memory or the area responsible for calculations and logical operations, for example: measurement sensors (IMU) responsible for determining the distance between the missile and other surfaces, when when The missile is going From Earth to space on its way to a place, it may be encountered during that satellite moving directly in its path, in which case the microcontroller such as (IMU) measures the speed and distance of the missile from the satellite that will face it on its way, and this distance may be 400 meter! In this case, the missile must avoid changing its path to avoid hitting! But when these controllers are not protected from the ionization radiation problem - Ionizing Radiation Problem - in this case their calculations are incorrect and accurate, the IMU may estimate that the distance between it and the satellite is 600 meters! And you can imagine the disasters that will happen after that, in these moments the missile will be without any control and protection! The problem is that the current controls are not smart enough to detect and correct the error, and this may cause a catastrophe such as deviating from its pa